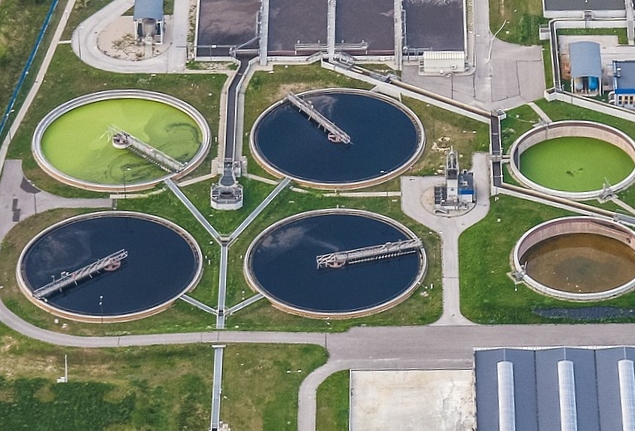 ACCIONA was contracted to maintain and operate 15 wastewater treatment plants in Madrid for the next five years. The company is about to cut the facilities' total energy consumption by 10%.

ACCIONA Agua has been awarded a contract to operate and maintain the wastewater plants owned by Canal de Isabel II, Madrid's water company, in the Jarama Medio and Henares watersheds. The contract, which came into force on 1 March 2019 and last almost 5 years, has associated revenues amounting to €33 million. The 15 wastewater plants serve a population equivalent to 1.25 million people and process 80 million cubic meters per year.

The Alcalá Oeste plant is the largest, rated for an equivalent population of 374,090 and processing 21.5 million cubic metres per year. After being upgraded by ACCIONA as part of the National Water Quality Plan , it has a biological treatment process comprising a hybrid suspended sludge moving bed biofilm reactor (MBBR) to simultaneously eliminate organic matter and nutrients. This type of hybrid (IFAS) reactor was developed by ACCIONA and it has a number of references in Spain and other countries. Moreover, since early 2017, this plant has had a co-generation system fired by biogas produced by anaerobic digestion that generates approximately 30% of the plant's energy requirements.

This group has a number of wastewater plant references, such as Arroyo Quiñones, Algete II, Velilla de San Antonio and San Agustín de Guadalix, equipped with the most modern continuous control systems for monitoring key parameters in the process of eliminating nutrients (ammonia and nitrate in bioreactors, and orthophosphates in discharged treated water), and optimizing reagents (ferric chloride).

The other plants use a variety of water treatment processes and are estimated to treat 28.5 million cubic meters per year in total.

ACCIONA will acquire 18 all-electric vehicles to fulfill the contract. It will also monitor all the facilities' electricity consumption with the final goal of cutting it by more than 10%.

This new O&M contract strengthens ACCIONA Agua's lead in the Madrid region. It currently operates such emblematic contracts as the Culebro Cuenca Baja and Culebro Cuenca Media Alta wastewater plants, with a rated capacity equivalent to a population of 4 million.

The Jarama Medio and Henares watersheds represent the largest group, in terms of both revenues and processing volume, of wastewater plants and sanitation systems of the four lots that Canal de Isabel II Gestión has put out to tender in recent years. This contract strengthens and expands ACCIONA Agua's presence in wastewater treatment in the Madrid region since, with the renewal of the Jarama Medio group, it now manages three of the four groups of outlying wastewater plants.