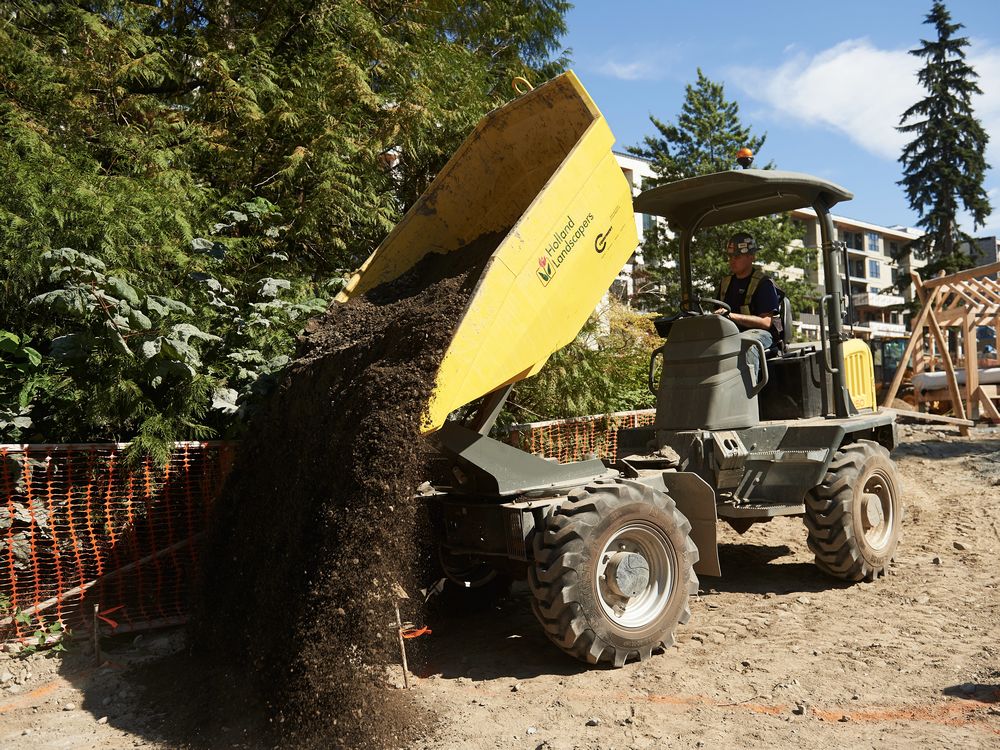 Metro Vancouver is moving ahead with planning for a facility that will dry the solid waste left over from sewage treatment so it can be burned as fuel or mixed into fertilizer.

“It’s innovative for us, it’s new for us, it’s a proven technology,” said Lillian Zaremba, a program manager with Metro’s liquid waste services department. “This is exciting because it’s different uses than we’ve had in the past, so a diversity of options.”

Over the past 20 years, Metro has used 98 per cent of its biosolids on land, including in Nutrifor topsoil for landscaping projects in the region, reclaiming mine sites and gravel pits, as a biocover for landfills to absorb methane, and for fertilizing range and agricultural land in the Interior.

The small amount that was not used for land applications was sent to landfill.

It is expected that as plants upgrade from primary to secondary treatment and the population grows, the region will produce more than 90,000 tonnes of biosolids by 2021, and more than 150,000 per year by 2050.

Metro believes it’s unlikely that it will be able to continue using such a high percentage of biosolids on land, because projects are vulnerable to fluctuations in customer markets and public concern.

There is also no space at treatment plants to stockpile biosolids, so any that could not be used would have to be sent to landfills outside of B.C.

“That’s why we want to beneficially use as much as we can,” said Zaremba.

To deal with the extra waste that will be produced during sewage treatment in the future, Metro is considering building a facility at one of the treatment plants to dry biosolids using biogas from the plant and natural gas. The resulting dried biosolids, which are in pellet or granular form, could replace coal in cement kilns or be used as a ingredient in blended fertilizers.

An analysis showed that those two markets could each use 75,000 tonnes of dried biosolids a year.

“It just adds versatility and diversity by opening up that fuel option,” said Zaremba.

A drying facility would cost about $197 million to build, but drying biosolids is expected to cost less in the long term than land applications or landfill disposal.

Staff are going to report back to the board of directors with procurement options.

At a recent Metro Vancouver board meeting, longtime Richmond Coun. Harold Steves, who is also a farmer, said he doesn’t mind Metro looking at drying biosolids, but wants to see them continue to be used in soil.

“The problem we have worldwide is we’ve depleted our soils — 68 per cent of the world’s soils are depleted of organic materials,” Steves said.

“The proposal here is to look at adding a dryer into our asset base to give us a little bit more versatility and flexibility in how we handle biosolids,” he said.

Metro is also looking at other alternatives.

Up to 25,000 tonnes of undried biosolids could be burned at Metro’s waste-to-energy facility in Burnaby.

Work on a $9-million pilot hydrothermal processing facility that will turn sewage sludge into biocrude and then low-carbon fuels is under way for the Annacis Island wastewater treatment plant.

Metro has secured $750,000 from the province and almost $2.5 million from Parkland Fuel Corp., and will contribute $4 million from the sustainability innovation fund for the project. Consultants and a fabricator are expected to be retained by the end of this year.