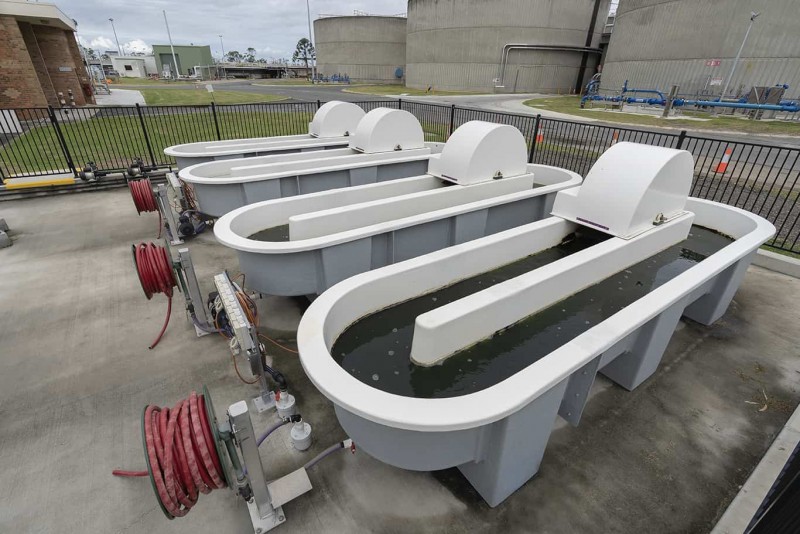 Regional communities are set to benefit from a $5.2 million project by Queensland Urban Utilities to harness the natural water purifying power of algae to transform sewage treatment in rural areas.

“Lagoon-based treatment plants have been around for more than 100 years and are most common in regional and rural areas of Australia,” Ms Dudley said.

“This project will look at how our industry can utilise existing infrastructure and optimise the treatment process to deliver better outcomes for the community, customers and the environment.

“It’s a great example of the cutting-edge research underway at our In novation Precinct at Luggage Point , where we collaborate with industry to find new and innovative ways to operate.”

“We’re proposing simple, low-cost changes which will allow the algae to thrive and also help to reduce operating costs and benefit the environment,” Dr Ward said.

“One of the most exciting things about this project is its potential to increase plant capacity to cater for future population growth, without the need for costly infrastructure upgrades.”

As part of the project, an anaerobic treatment unit will be introduced at the start of the treatment process, which will capture biogas and mineralise nutrients in the wastewater for the algae to digest.

In the second stage of treatment, high-rate algal ponds mixed by a paddle wheel will break down organic matter in a low-energy way.

“During this stage, we’ll also harvest the algae and remove the biomass, so we can research further options for beneficial reuse in fertilisers or other products,” Dr Ward said.

Artificial intelligence will be incorporated into the system control strategy to automate the treatment process, by continuously collecting data from the algal ponds and optimising the system accordingly.

Queensland Urban Utilities will work alongside the University of Queensland’s Advanced Water Management Centre, the University of Western Australia, Northern Territory Power and Water Corporation, Aquatec Maxcon, Lockyer Valley Regional Council and the Department of Environment and Science as part of the Cooperative Research Centre Project.

In a show of support, the project received a $1.4 million Cooperative Research Centre Projects grant from the Commonwealth Government.

Initial trials for the project began at Queensland Urban Utilities’ Luggage Point Innovation Precinct in February 2019, with the technology scheduled to be trialled in existing lagoon sewage treatment plants in 2020.