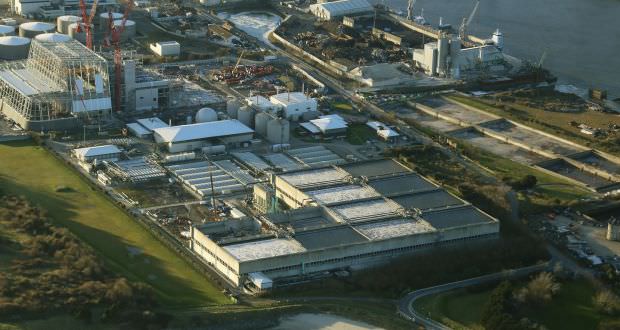 Irish Water is commencing work on an €80 million upgrade to Ringsend Wastewater Treatment Plant with a view to increasing its capacity to cater for the population equivalent of an extra 400,000 people in the Dublin region.

It is the first part of a €400 million overhaul of what is the largest wastewater treatment facility in Ireland.

The utility is to adopt new treatment technology, which it has successfully tested and deployed in Co Cork. A previous plan to build a nine kilometre outfall tunnel to relocate discharge of treated effluent from the Ringsend Plant into Dublin Bay will not proceed.

As a consequence, it has repeatedly failed to meet EU urban waste water standards for discharge of effluent, notably in relation to levels of polluting phosphates and nitrates. Odour issues repeatedly surfaced in its early years, though Irish Water, which took over responsibility for the plant in 2014, said odour issues have largely been addressed.

The upgrade will take about two years to construct and accommodate current demand, support planned housing and economic growth in the Dublin Region and improve the quality of treated wastewater discharged to the Liffey estuary.

Currently, the plant serves the Greater Dublin Area including the city centre and stretching to suburban areas such as Dalkey, Rathcoole, Clondalkin, Blanchardstown/Mulhuddart, Dublin Airport and Howth, as well as parts of Meath such as Dunboyne, Clonee and Ashbourne.

Irish Water identified an advanced, nutrient-reduction treatment technology known as Aerobic Granular Sludge (AGS) as the best option. “We are already using this technology in Shanbally and Clonakilty Wastewater treatment plant and have proven its suitability for the Ringsend plant,” Mr Grant said.

The utility has already invested €70 million in upgrading the Ringsend plant. “This includes advance work to prepare the site for the upgrade, upgrades to the odour treatment facilities, trialling and proving of AGS technology and investigative works to inform the project,” Mr Grant said.

Business group Dublin Chamber welcomed the upgrade. Chief executive Mary Rose Burke said: “Revamp of the Ringsend plant may not be a sexy project like a new motorway or railway line, but it is an example of the type of investments that are required to ensure that Dublin continues to function. Dublin’s water infrastructure has suffered from massive underinvestment over the past 30 years.”