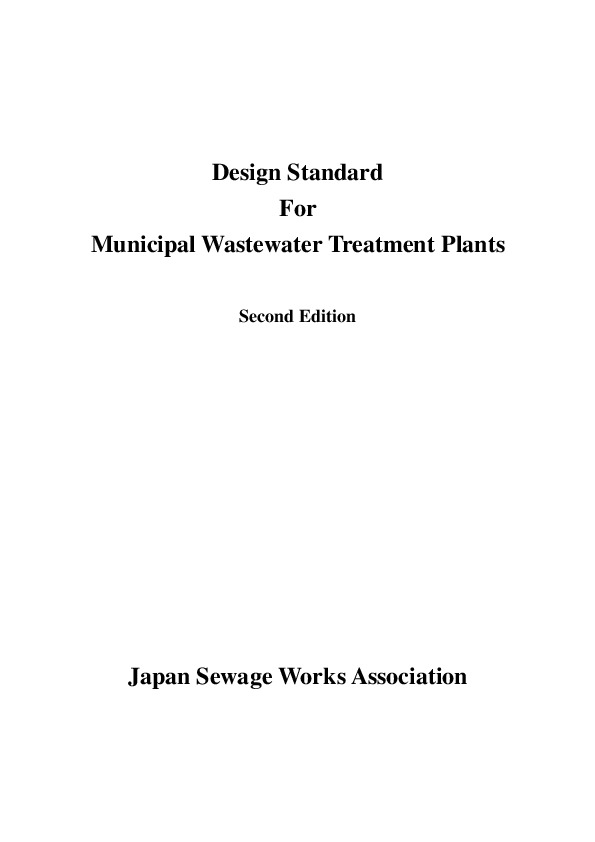 
The standard issued by Japan Sewage Works Association (JSWA) is the basis for planning and designing of publicly owned municipal wastewater facilities in Japan. The first edition was issued in 1964, and then revised five times, in 1972, 1984, 1994, 2001, and 2009 respectively. The standard has been edited by the experienced engineers mainly from major cities. It is the basis for procurement specification although details are decided by each. Upon the international request from developed and developing countries, JSWA issued the first English version of the standard in 2012. In the first edition, the design for conventional activated sludge process was translation. In this second edition, oxidation ditch process was added. JSWA hopes this will be of use to professionals in the world.